Got to play with Yan Lo again last night, this time in a 30ss match up against Avatar Ramos... 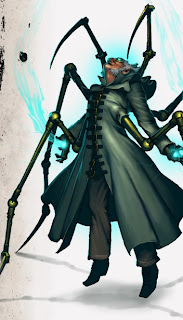 We flipped shared Turf War - a new one on me and one I didn't fancy much with my 6 model crew against a potential horde of arachnids.

Set up - I set up first, pretty much plonked everything down in the middle hoping for line of sight for Toshiro to get off his movement ability so all my undead guys could get an early extra walk.  Felt OK putting them all this close this early due to range.
Ramos set up like a cowardly cur hiding behind a building along with the Souls Stone Miner (SSM) and Mobile Toolkit (MT), to his left was the rail Golem and one Large Steampunk Arachnid (LSPA)and to his right the other LSPA.

So, basically this ended up as a big bundle in the middle of the table, as is perhaps only natural.  Main Fight was between Izamu and 2 Ashigaru vs Rail Golem, an LSPA.  The other LSPA was brought up the other side of the table toward the cottage targeted for demolition, Toshiro and an Ashigaru were to take this one on but not before my entire crew was caught in the blast of the Rail Golems death throws as Izamu sliced through it, pretty much, in one activation.
Ramos created a couple of spiders and an electrical creation, this electrical creation shot up the table and forced me to move Toshiro away from the rest of my force as he was on 2 wounds left & would have died if caught in the blast from the electrical creation, and as he was too far from Yan Lo to be reliqueried, I couldn't let that happen.
Ramos manifested & next turn leapt onto a lovely pile of Scrap tokens and started to generate LSPA's, 2 of them this turn.  These died, eventually, to Izamu and Ashigaru but it was taking it's tole as much of my crew was down to 1 or 2 wounds (Yan Lo and Izamu being the exceptions) and an Ashigaru pegged it.
Izamu moved forward into Melee range of aRamos and Yan Lo hit him (aRamos) with a trio of Weight of Ages spells reducing him to 6 wounds.  Meanwhile the SSM had buried itself and burrowed to the cottage the Arcansits had targeted for destruction  as the LSPA had failed to do prior to it's destruction, the Electrical creation blew up without anything in range and Toshiro summoned an Ashigaru which moved it's 4" toward my opponents deployment zone.
So, aRamos is on 6 wounds and is engaged with Izamu, He has a SSM & Steam Punk arachnid and not much else left but plenty of resources for creating more, Yan Lo is healthy and +1wk/cg, Regen 1 df7, can Paralyse models & has level 1 of the path of Bone as well so is on his way to being a bit of a monster himself.
But - no one's got any VP yet, I'm an inch from his deployment zone, he's about to blow up a building, I'm 2 inches from the building I want to be in touch with..
So, what happens next?
Who knows?  Not me, it was nearly 1 am and I had to go home, which is a shame, I believe the next initiative  flip was going to be critical..

Toshiro = good things for a Yan Lo crew, nice buffs (when you remember them) and potential to summon Punk Zombies or Ashigaru

Yan Lo nearly got left behind then was too close and got caught in Rail Golems blast, the positioning thing still a bit tricky for me, more practice required.
Improvement over my last game with him, which is good.
Lots of buffs for various models being near to this and near to that, kept forgetting them.
Forgot Yan Lo's regen too!
Didn't take Chiaki, didn't miss her.
Still find a Yan Lo crew tricky to point up, either too few SS or too many, can't hit that magic 8ss, I need to investigate other minions to make them fit.
Posted by MFauxBlog at 13:04 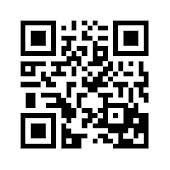 Malifaux is a miniature table top game from Wyrd Miniatures.
It is a skirmish game, that is to say that instead of hundreds of figures there are typically less than 10 on each side.
In addition it uses an activation based mechanic where by one model from one side activates, then a model from the other side etc..
There are no dice, a card deck with 2 jokers is used. You can use Wyrd produced decks tailored to your faction or a standard deck of cards is also useable so long as it has two jokers.

With this blog I am documenting my progress with this game, & the hobby of collecting and painting miniatures associated with this game. I do so from an entirely part time and amateur viewpoint. I make no claims as an expert or tournement player (as I don't play in tournaments). I'm just an ordinary geek hoping to provide himself some extra motivation and maybe pass some of that on to others.